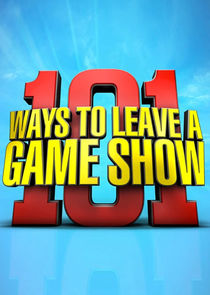 101 Ways to Leave a Gameshow

101 Ways to Leave a Gameshow is a British game show produced by Initial for the BBC, it is hosted by Steve Jones and Nemone.

The show sees eight contestants compete to be the winner of the £10,000 prize by picking the correct answers to general knowledge questions. Competitors who pick incorrect answers are eliminated from the show in a variety of different ways, usually involving a large drop into the pool of water at the base of the tower.