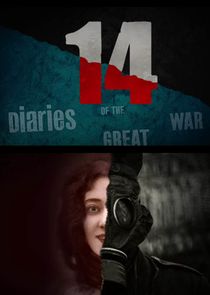 History tells us "what was". It tells us when things happened. When kings and cultures lived and died, armies were raised and vanquished, and mighty empires rose and fell. History, as we know it from books, is often boring, for it falls to answer one very simple question: What was it like?

When war broke out in Europe in July 1914, people on all sides believed it would be over by Christmas. Little could they know just how wrong they were. A seemingly petty conflict in Bosnia soon snowballed into the first truly global conflict. This was a new kind of war, fought with means and techniques never seen before. By November 1918, ten million people had died, and the political map of the world had been re-drawn. People's minds and attitudes had changed forever, and the Modern Age had begun. Caught up in the middle of this chaos were millions of ordinary men, women and children. Their very lives changed in ways they could never have imagined. This is their story.