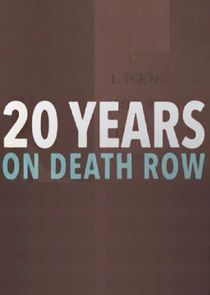 This true crime series tells the story of Keith Doolin. The long-distance truck driver, with no previous convictions, has spent 20 years on death row in San Francisco for the killing two women in 1995.

Doolin has always maintained his innocence after a botched trial during which his original attorney, who was later disbarred, gambled away the defence fund. A key witness in the trial, who was later convicted of murder, also revealed crucial information to her lawyer that further points to Doolin's innocence before committing suicide.

But with California voting to speed up the death penalty process in 2016, Doolin is now in a race against time.

20 Years on Death Row follows Doolin's case from start to finish, examining the victims, the police and legal players, as well as examine the man himself, who maintains his innocence to this day.

What really did happen 23 years ago?

The Secret of Josephina Saldana

From Death to Hope