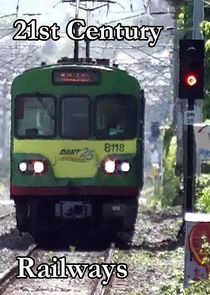 Railways in Ireland have been around for almost 180 years.

When they first arrived they brought Ireland to the forefront of cutting edge technological change. The railways took over from canals as the new means of mass transportation of people and goods.

Having once enjoyed a Golden Age, railways were to enter a long period of decline - but today their revival is being championed once again.

The early years of the New Millennium witnessed the greatest investment in the Irish rail network since railways first came to Ireland. A sort of renaissance has taken place right across the network and, despite the current recession, is set to continue albeit slowly into the future..bringing the railways out of decades of neglect and into line with 21st Century expectations.