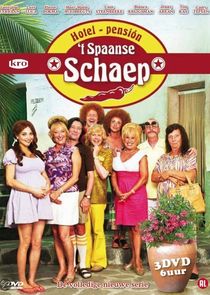 The story takes place in the late seventies, two years later than the 't Vrije Schaep. Lukas (Marc-Marie Huijbregts) has been sailed with his friend Sjon (Hans Kesting) to Spain. Lukas and Sjon have started a guest house on the Spanish coast. Kootje (Pierre Bokma) has returned Camping 't Vrije Schaep to nature and has become unemployed. Doortje (Loes Luca) claims that her relationship with Kootje has not led to a true relationship. Lena (Georgina Verbaan) is pregnant and wants to become the first 'Bomb - Awakening Unmarried Mother' of the Netherlands. Opoe (Carry Tefsen) has become old and inadequate. Greet (Bianca Warrior) and Huipie (Laus Steenbeeke) are busy with their twins and walk on their gums. Riek (Jenny Arean) and Arie (Ton Kas) have inherited from an old aunt, but want to keep this secret to their friends.

On the birthday of Doortje, Lukas is missing; Nobody has heard from him in a long time. The relationship between Sjon and Lukas has ended in a crisis and their money is gone. The friends from Amsterdam decide to go to Spain together to help Lukas get back in the saddle.