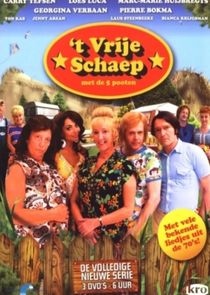 't Vrije Schaep is a sequel to the remake of the successful television series 't Schaep met de 5 pooten.

't Vrije Schaep is the name of the camp of Kootje (Pierre Bokma) in the dunes. Kootje has sold his bar in the Jordaan and he bought a campsite from the proceeds. The other characters like Tante Door (Loes Luca) and Opoe Withof (Carry Tefsen) from the brown cafe will spend their summer at the campsite. The story takes place in the seventies and the series makes a leap in time.