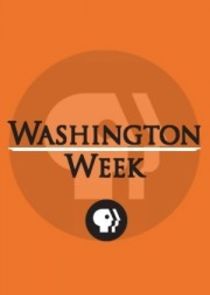 On Washington Week (formerly Washington Week with Gwen Ifill) guest journalists weigh in on issues of the week in this venerable roundtable, the first program ever fed by PBS (previously it had aired on WETA-TV in Washington, D.C., and other East Coast public stations). Though its format is panel discussion, there have been occasional one-on-one interviews, a notable example being host Paul Duke's 1994 White House visit with President Bill Clinton. The series won a DuPont-Columbia University Award in 1974.